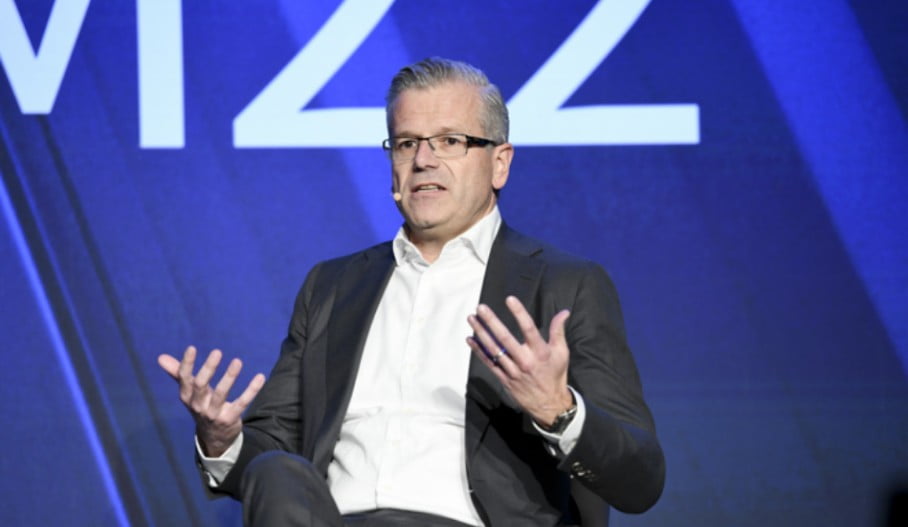 Executives from two major container lines expressed concern this week over looming dockworker contract negotiations on the US West Coast, saying any disruption from the talks would add further stress to an already overwhelmed port logistics system.

Vincent Clerc, CEO for ocean and logistics at A.P. Møller-Maersk, told JOC’s TPM22 in Long Beach that shippers should “hope for the best, but prepare for the worst,” while ONE CEO Jeremy Nixon called the labor talks another “curve ball” for the West Coast ports.

Formal contract negotiations between the International Longshore and Warehouse Union (ILWU) and the Pacific Maritime Association (PMA) will begin this spring in what are expected to be contentious negotiations ahead of the existing contract’s July 1 expiration.

The talks will be held as the main US gateway ports of Los Angeles and Long Beach struggle to overcome severe congestion and record demand, with COVID-19 infections limiting the available manpower to work vessels. “It will be a bumpy process, especially with the starting point of congestion,” Clerc told TPM attendees. “I hope for a swift resolution, but some of the issues will take time to settle. It could get worse, so it is smart to have some contingency plans.

“It [LA-Long Beach] is the main gateway in the US and is very congested to start with, so it will take very little to have a very big impact on dwell times and lead times,” he added.

Nixon was not optimistic that an early deal would be reached between the ILWU and the PMA, and expressed concern that protracted negotiations could have a disrupting effect.

“The challenge for all of us in the supply chain is that if those negotiation take a long time, that could revert into lower productivity or something more serious, just at the time when North America is getting over its COVID situation,” he said.

“We are starting to work across all the different stakeholders to try to free up the ports, to get inland running smoothly, so the last thing we want is a human-made roadblock,” Nixon added. No rapid easing of West Coast backlog There was little optimism from the executives that LA-Long Beach port congestion would ease anytime soon, and Clerc said in the short-term some relief in demand was needed before there could be any normalization, and even then it would take time to decongest.

“It is the same as if you have a traffic jam on the highway,” he said. “Once the jam has occurred, the ability of the highway to process cars is limited. Even though there is not a lot of traffic coming in, the queue gets longer and longer.

“That is what is happening now,” he added. “The suddenness of the jump in demand and the ability of the carriers to throw capacity into the Pacific to help move this has created a significant downstream impact, on top of people with COVID needing to isolate. All this has created a traffic jam where normal resources will have a hard time making headway. That will be a problem.”

Nixon said West Coast terminals had a long way to go before fluidity and a smooth flow of containers could return to the port and logistics system.

“On the trans-Pacific, there are still a lot of red lights flashing,” he said.
List
Anti-Email Collection