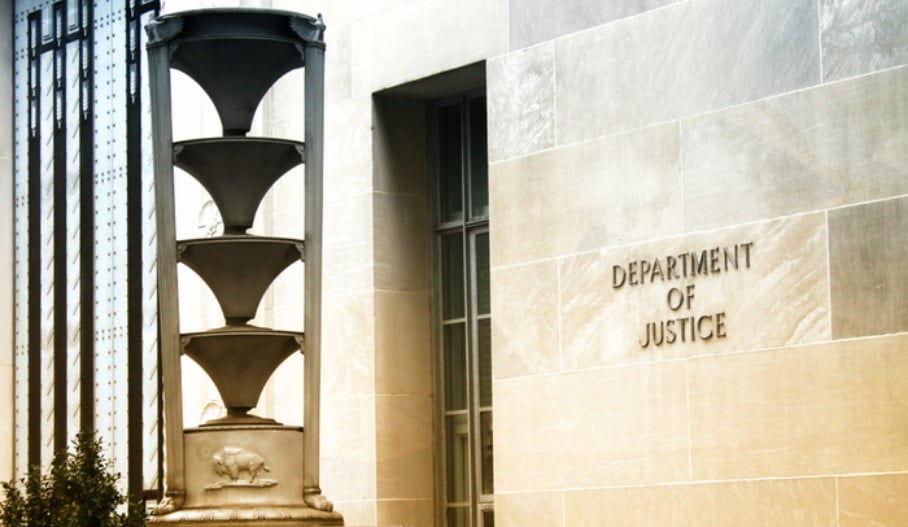 Ports, labor unions, container lines, and US-flag interests are moving fast to halt efforts by the Biden administration and Congress to strip antitrust immunity from container lines, warning that the end of shipping alliances would create a seismic — and unintended — shift in how carriers serve US ports and shippers.

That industry stakeholders would even have to defend antitrust immunity shows how the focus on container shipping from the White House and US legislators has intensified in recent months. What started as a review of detention and demurrage fees and ensuring exporters are able to secure vessel capacity has now expanded into a threat to carriers’ ability to operate within alliances.

Eliminating the ability of carriers to operate within alliances, stakeholders argue, would vastly reduce carriers’ service offerings, prompting even further industry consolidation while concentrating cargo at fewer ports and diverting cargo to ports in Canada and Mexico. Moreover, they say, such a dramatic policy change would do nothing to solve the vessel backups now occurring at multiple US ports — and could potentially make them worse.

Even US retailers, who in the past have called for an end to the carriers’ antitrust protection, want to pump the brakes on the idea.

“(National Retail Federation) members have long supported the removal of antitrust immunity,” Jon Gold, NRF’s vice president for supply chain and customers policy, told JOC.com. “I think there are questions now about what it would actually mean for the alliances and other agreements. It's certainly worth having a conversation and studying the potential impacts.”

The National Industrial Transportation League, a major shipper group, has taken a more strident stance. "While removal of antitrust immunity does not equate to or require the elimination of ocean carrier alliances, the criteria for ocean carriers to control a large portion of the trade when operating as an alliance is worth review, as is the antitrust immunity itself," said Lori Fellmer, vice president of logistics and carrier management at BassTech International and chair of NITL’s ocean transportation committee.

Spurred by the Biden administration’s sharply critical comments of container lines and their profitability during the COVID-19 pandemic amid record spot rates, legislators are considering ways to rein in carriers that would now go well beyond addressing detention and demurrage practices and helping exporters obtain space on ships.

Those heightened attempts to bring carriers to heel include the Ocean Shipping Competition Reform Act of 2022 (S. 3586), introduced in February. that would give shippers the ability to take complaints about carriers directly to the Justice Department, versus the Federal Maritime Commission (FMC). In the House, the Ocean Shipping Antitrust Enforcement Act (H.R. 6864), introduced on March 1, would repeal antitrust exemptions.

The proposed legislation is also highlighting the use of antitrust immunity by marine terminal operators, who coordinate operationally based on agreements placed on file at the FMC. “In its current form, OSCRA 2022 (the antitrust legislation) could have a tremendously negative impact on the manner in which US (marine terminal operators) operate, significantly increasing the risks and costs to operate a marine terminal in the United States,” wrote Lauren K. Brand, president of the National Association of Waterfront Employers.

Even though the Senate bill would not repeal the antitrust exemption carriers rely on to operate with alliances, a diverse group of port stakeholders became alarmed that the exemption was potentially at risk.

International Longshoremen’s Association President Harold Daggett, noting that carriers have enjoyed antitrust immunity since 1916, urged that the idea of eliminating antitrust immunity be dropped. In a letter to Sen. Amy Klobuchar, D-Minn., who cowrote OSCRA, Daggett called the issue an “urgent matter,” saying the proposed legislation, if approved, would “create uncertainty and chaos in the shipping industry...sending shockwaves throughout the rest of the marketplace.” He also said the change would affect longshore labor negotiations.

“Eliminating the limited antitrust immunity would undermine the ocean carriers’ ability to form vessel sharing agreements, which allow carriers to provide customers with more frequent service at a lower cost by sharing vessel space,” Daggett wrote to Klobuchar on March 7. “Without vessel sharing, which enables carriers to offer services at smaller and medium-sized ports, there would most likely be a higher concentration of services at large ports, which are already receiving record volumes of cargo.”

At risk would be three major alliances serving east-west trade lanes, consisting of eight of the largest global carriers, which are allowed to cooperate operationally by pooling cargo onto their ships, but cannot market or sell together. Carriers still compete commercially with each other within an alliance in the same way they compete with carriers in other alliances.

The fears of industry stakeholders over the removal of carrier antitrust immunity reached new highs after President Joe Biden’s vow in the recent State of the Union address to engage in a “crackdown” on ocean carriers. Biden and shipping alliances Following its condemnation of the power of alliances in executive orders targeting carriers in July, the Biden administration doubled down in November, describing the industry as a cartel. Then on Feb. 28, Rep. Jim Costa, D-Calif., introduced the legislation that would strip container lines of their antitrust immunity. Two days later, Biden used his State of the Union address to leave no doubt about the White House’s intentions, pledging to “crack down” on container lines for “overcharging American businesses and consumers.”

“I’m a capitalist, but capitalism without competition isn't capitalism; it’s exploitation, and it drives up prices,” Biden said in his March 1 address. “When corporations don’t have to compete, their profits go up, your prices go up, and small businesses and family farmers and ranchers go under. We see it happening with ocean carriers moving goods in and out of America. During the pandemic, these foreign-owned companies raised prices by as much as 1,000 percent and made record profits.”

A day after his State of the Union, two Democratic members of the House of Representatives ordered CMA CGM, Hapag-Lloyd, and Maersk to explain soaring export container shipping rates. In their March 2 letter, Rep. James Clyburn, D-S.C., and Rep. Raja Krishnamoorthi, D-Ill., asked focused questions to the three carriers about the relationship between carriers’ elevated profits and higher rates. The duo are also seeking various types of documentation tied to multiyear service contracts, and internal and external pricing communication.

In addition to the House members’ questions on rates, the DOJ is also investigating Maersk, and other subpoenas may soon be on their way to other carriers, according to two sources close to the matter. In a Feb. 17 statement, Maersk said it had received a DOJ subpoena relating to the ongoing investigation of supply chain disruptions.

“We have not seen evidence of any actual or alleged wrongdoing on the part of Maersk and will continue to cooperate with the US Dept. of Justice as they continue their investigation," the company stated.

The DOJ in 2019 ended its prior multiyear investigation of carriers without having brought charges, according to carriers including Maersk.

The DOJ, in letters and congressional testimony over many years, has routinely criticized the FMC when it did not see a federal injunction against a major vessel-sharing agreement, or alliance.

Now, through Biden’s executive order, the DOJ and the FMC are for the first time working more closely together on antitrust issues. In July, the agencies said they had agreed to hold regular discussions and review enforcement activities and the work of regulatory agencies. A Feb. 28 statement reaffirming the partnership provided no new details, sparking questions and speculation on the purpose and relevance of timing of the announcement. Warning of unintended consequences Some believe headway is being made in convincing members of Congress of the folly of repealing antitrust immunity due to the impact on alliances.

"I feel that stripping of antitrust immunity will not ultimately end up in law,” William Doyle, executive director of the Maryland Port Administration and a former FMC commissioner, told JOC.com. “No one shipping company can cover the entire world, there is no evidence of price fixing, and this is nothing more than sharing slots on ships. The ocean carrier negotiates a rate with the manufacturer or other customers, and the cargo goes on someone else's ships, that's it."

But the concern over the possible end of antitrust immunity remains real. Without the ability to operate within alliances, carriers could still likely engage in limited slot chartering with each other, but the integrated vessel networks that are the core of the trans-Pacific and trans-Atlantic service networks could no longer operate. A carrier executive told JOC.com there is no debate on this point. A carrier that today can offer as many as 15 trans-Pacific services through its participation in an alliance could operate as few as two services if it could only transport cargo on its own ships, said one carrier executive. Ocean Network Express CEO Jeremy Nixon told TPM22 earlier this month that ONE would go from 15 weekly trans-Pacific services to four if it were stripped of its ability to operate within an alliance.

Such a vast reduction in service network coverage together with the loss of cost synergies that come from alliances would be a powerful incentive to merge.

Furthermore, because carriers operating independently would by necessity need to serve the major port gateways, another unintended consequence would be the concentration of cargo at the largest ports, such as Los Angeles-Long Beach, New York-New Jersey, Savannah, and a few others. Services to smaller ports most likely would be eliminated, and with it the longshore and other supporting work and jobs.

Just a day before Biden’s State of the Union address, FMC Chairman Daniel Maffei told TPM22 attendees that the agency had not found any evidence of collusion among carriers and warned of further consolidation if alliances were forbidden.

“The alliances are the worst thing you can imagine, except for all the alternatives,” Maffei said.
List
Anti-Email Collection