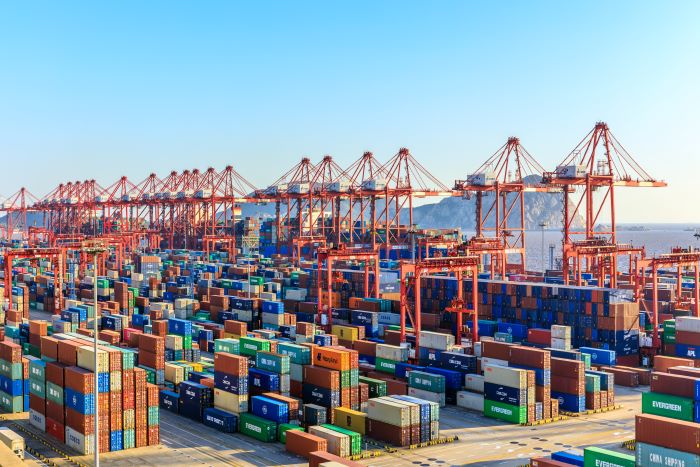 US importers are under pressure to diversify sourcing away from China like never before, although it’s not yet showing in the numbers.
Photo credit: Shutterstock.com.
The sense of helplessness that shippers and transportation providers may have felt while navigating what’s approaching three years of pandemic-induced supply chain disruption pales in comparison to how rising geopolitical threats potentially affecting US–China trade could upend containerized supply chains.

The last 32 months of disruption to US supply chains have added costs in the form of record freight rates, higher inventory, and the need for pricier expedited options such as team-trucking and greater use of air freight. Retail sales were still lost, whether it was a new couch not at the store or a fulfillment center, giving competitors a leg up if they had the product in stock. And the same goes for automobile manufacturers and others hit by shortages in manufacturing inputs, from raw commodities to semiconductors. Some US exporters complain delays have cost them business, and higher shipping rates have squeezed already tight agricultural margins. But ultimately, the goods arrived and were delivered or sold into alternative channels.

US importers are under pressure to diversify sourcing away from China like never before, although it’s not yet showing in the numbers. Containerized US imports from China hit a record high in 2021, rising 13.9 percent to 11.8 million TEU, with 42.4 percent of all imports sourced from China — the same percentage as in 2008 — according to PIERS, a sister product of JOC.com within S&P Global. Through September 2022, shipments from China have grown another 3.6 percent year over year, accounting for 41.5 percent of total US imports.

Globalization is certainty not dead, but it is undergoing a “retooling,” as shippers reassess sourcing risks and accelerate their sourcing diversification, according to Bruce Jones, a geopolitical expert and author of a new book, “To Rule the Waves,” which details the convergence of great power struggles and global supply chains.

“If there is a global flare up in the Pacific, we are in for an astonishing amount of pain,” Jones, a Brookings Institution fellow and a speaker at the upcoming JOC TPM23 conference, said in a Sept. 13 interview with JOC.com 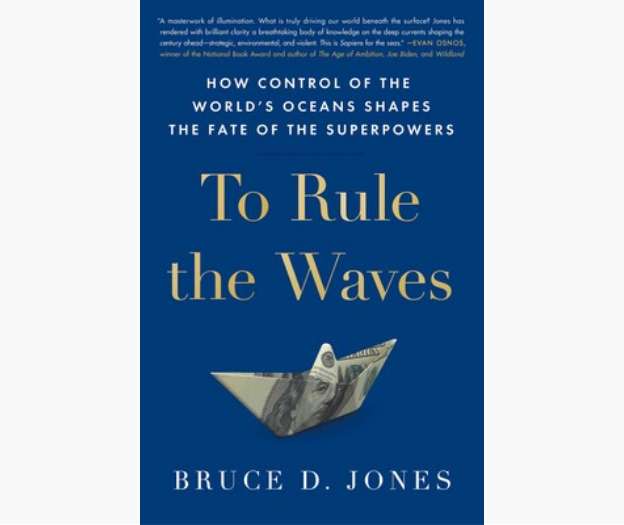 Two systems converging Even as disruption tied to the COVID-19 pandemic eases — from US port congestion slowly easing to trans-Pacific ocean schedule reliability creeping higher — the “specter” of geopolitical disruption is growing, as Daniel Yergin, Pulitzer Prize-winning author and vice chairman of S&P Global, put it in a late-September interview.

The volume of global trade has surged since China joined the World Trade Organization in 2001. Supply chains are longer and more complicated than in the past, making them more vulnerable to disruption. But there’s upheaval in the world of geopolitics, both due to the Russia–Ukraine war and a growing distrust between China and United States, with both sides increasing their naval investments.

“Those two [systems] are in fundamental tension with each other,” and the increased preparedness for a potential clash from both sides has parallels to the lead up to World War I, Jones said. England and Germany, then Europe’s two largest economic powers, steadily prepared for a potential war by trying to one-up each other in naval capacities.

US tariffs and technology bans against China, which began during the Trump administration, highlighted that “fundamental tension” between two superpowers — one established and the other still ascending. To a degree, even the effects of the COVID-19 pandemic could be written off by executives and shareholders as more of a temporary blip than a fundamental change in the geopolitical landscape, Jones said.

Then on Feb. 24, Russia began its illegal invasion of Ukraine, proving to many in the C-suite that the China–Russia alignment heralded a new geopolitical dynamic. Jones said the disruption caused by the pandemic, the war, and US–China tensions have “taken supply chain resilience from a quirky minor part of the debate to a central part of the debate.”

In the meantime, tensions between Western powers and China over Taiwan’s autonomy have been ratcheting up. The escalation of Chinese military drills that followed US House Speaker Nancy Pelosi’s August visit to the island, which China claims and President Joe Biden on Sept. 19 pledged to defend, simply highlighted what military and geopolitical advisers have been observing for years in China’s muscling up of its sea power and reach through new bases and warships.

In his book, Jones warns that one scenario possible of a flashpoint on the Pacific is that China blockades the island, which is a mere 70 nautical miles from the mainland across the Taiwan Strait. Jones doesn’t see an invasion risk in the short term, arguing that President Xi Jinping risks a political upheaval if an invasion falters.

“China is not ready for a Taiwan crisis,” he told JOC.com. “I know we are not ready for a Taiwan crisis. The risk is that everyone is getting so worked up and refusing to back down on provocations.” The India alternative Alternative sourcing capacity is badly needed, particularly given that Vietnam and much of Southeast Asia is hitting its limits.

“There is one scenario where increasing tensions between the US and China doesn’t derail globalization as a whole: if India really comes on stream as a low-cost producer,” Jones said.

India, which has only two ports, Mundra and Jawaharlal Nehru Port Trust, on the JOC Top 50 Global Ports rankings and has a long way to go in terms of port investment, Jones said. US importers are increasingly tapping India for sourcing, with inbound shipments from the country rising 12.4 percent year over year in the first six months of 2022, according to PIERS.

“We didn’t get to a place where we are hugely dependent on Chinese goods and Chinese decision making overnight,” he said. “That takes years to build. That’s beginning in India and other locations [in Asia and Latin America], but only India can do at the scale needed.”

Multinational shippers such as Unilever and Walmart have more power than smaller shippers to diversify sourcing. But nearly all shippers, to varying degrees, can tracking naval and national security development in the US, China, and other major powers. Shippers small and large, though, have few options if a conflict closes Asian shipping lanes or triggers bans on goods and commodities.

“If I was in the C-suite at a major shipping firm, I wouldn’t be worried about my one-year investment cycle,” Jones said. “I would be more concerned about my 10-year investment cycle. We’re sailing into a different world.”
· Contact Mark Szakonyi at mark.szakonyi@ihsmarkit.com and follow him on Twitter: @MarkSzakonyi.
List
Latest Contents
Rejection of Unauthorized E-mail Collection